Four Surprising Questions Every HR Pro Should Ask During Interviews

The problem with asking potential employees traditional interview questions is that 1) they’re probably expecting to answer “What’s your greatest weakness?” or “Where do you see yourself in five years?”; and 2) by-the-numbers questions elicit by-the-numbers replies. As Jess Bernido, head of HR for Rocketrip, explains: “In organizations that prize innovation and empowerment, it’s generally more valuable to understand how someone thinks than how they prepare.”

That’s why cutting-edge HR pros often pepper a recruiting or hiring conversation with slightly quirky questions that are more likely to reveal either a candidate’s true nature, the workings of their brain—or both. At the very least, posing questions like the four below will spark a lively discussion and, potentially, a more enriching experience for both parties.

How would you handle a conflict with a coworker?

Yes, it’s fairly standard to ask a candidate to describe how they managed a specific conflict—personal or professional—in the past as a way to assess how they might do so in the future. But casting that question as a hypothetical could tell you even more about their character. “Answering a question about an imaginary scenario removes the benefit of hindsight,” says Caroline Forsey, a blogger for HubSpot. “It requires the candidate to call on their problem-solving skills and sense of self.”

Why are you not fully qualified for this job—and why should I hire you anyway?

Sarah Robb O’Hagan’s turbo-charged resume—she’s been an executive at Virgin and Nike, Global President of Gatorade and CEO of Flywheel Sports—is fueled by bold moves and fresh thinking. She once opened a job application by listing which of the listed qualifications she didn’t meet, then outlining why she was suited for the position anyway. As her friend, Wharton professor and bestselling author Adam Grant, explains: “Part of why this worked is that, in one fell swoop, she shows extreme awareness: not only of her abilities, but also of the proposed requirements—and why some don’t really matter.” Employees who can be frank about their weaknesses while also minimizing their relevance demonstrate both honesty and creativity—two invaluable qualities.

What's the last subject you really geeked out about?

This is a question for old school job interviewers who want to know that a candidate can go deep on a subject—be it a genre of music, cost accounting or the Founding Fathers. “You want them to identify something they’ve researched obsessively,” says Kristen Hamilton, co-founder and CEO of Koru, a recruiting software. “If someone doesn’t have that quality—if they don’t need to learn every single detail about the topic in front of them—they’re probably not going to reflect that level of engagement in their work, either.”

Do you consider yourself lucky?

You may feel like Clint Eastwood when you ask this, but you’ll sound like Neil Roseman, a former technology VP at Amazon, who poses this question to every last candidate: “A lot of people will say ‘I would have gotten that promotion but my manager cancelled my product,’ or they find other reasons for failure,” he says. “Those are the ones who say they don’t think of themselves as lucky. I’m looking for the people who embody the phrase ‘fortune favors the prepared,’ a willingness to be ready and take advantage of every opportunity that presents itself.” Put another way: Innovators are optimists, and optimists believe at their core that things will work out.

Discover how to unlock employee potential. 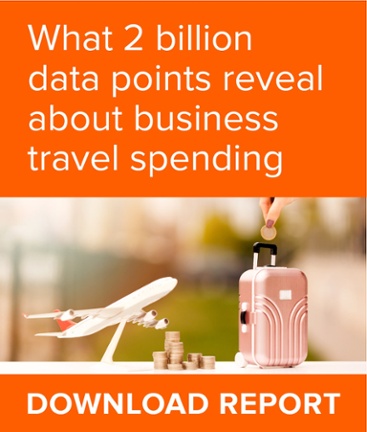